35-year-old Gaurav had a well-paying job and a bright future. But he received a rude shock when he was diagnosed with lung cancer. It was not just his life that suddenly became unpredictable; his finances were in pieces too.

Now, Gaurav had a mediclaim policy that his employer provided, which he thought would be sufficient if he ever faced a medical crisis. Unfortunately, he found out the hard way that this was not the case. He soon learned that the cover offered would not be enough to meet the expenses of his cancer treatment. He also found that the hospital where he wanted to get treated was not in the list of his insurer’s network hospitals and hence he wouldn’t be able to avail cashless hospitalization.

Is a mediclaim enough to protect you from critical illnesses like cancer?

Cancer is not a rare occurrence in a country like India. An estimated 71% of cancer-related demises have been in the age group of 30-691. What is even more worrying is the cost of treating cancer, which has increased three to four-fold since 20002. From approximately Rs. 1.5 lakh, the basic cost to treat five of the most common cancers – lung, oral, breast, cervix and colorectal – increased to about Rs. 6- 7 lakhs in 20151_3. This cost is expected to have further increased due to inflation.

In a scenario like this, it may not be adequate to rely only on a mediclaim policy to take care of all your medical needs, especially critical ones like cancer and heart ailments, where the complete cost of treatment is around 20 lakh4 . New targeted health plans like Heart/Cancer Protect ensure that you are adequately protected at an affordable price. Let’s look at the advantages of it through the following questions.

Why should I choose a specific heart & cancer plan over & along with a Mediclaim policy?

Although cancer and heart illness can be a really unfortunate thing to happen, the relief lies in the fact that most of the cancers are now fully treatable when diagnosed early and with proper treatment and care at proficient medical institutions. Many a times, what stands in the way of a successful treatment is the lack of funds. A reimbursement policy could  be inadequate to cover the cost of treatment which can run into lakhs5. A targeted health plan like Heart/Cancer Protect can provide a cover of upto Rs. 50 lakhs for cancer treatment which can make the best treatment possible and dramatically increase the odds of a full recovery when inflicted with cancer.

Will a heart/ cancer plan give me sufficient financial assistance in case of a health emergency?

Yes, it will. In fact, claims are one of the biggest differentiators when it comes to these two policies. For instance, if you use a mediclaim policy when claiming expenses for your treatment, you might either have to get treated at a network hospital to avail cashless hospitalization or reimburse your spends after having paid out of pocket. It also would not help cover the non-medical expenses during that time, which can be quite huge at the time of distress.

However, a plan like ICICI Pru’s Heart and Cancer Protect, gives you a lump sum payout as soon as the condition has been diagnosed ^. The amount can be used for hospitalisation and treatment costs, or any other expenses that may be related to your medical condition.

Which policy will give me a higher coverage amount – Mediclaim or Heart/ Cancer Protect?

Average sum assured for mediclaim has been about 2 lakhs6 or so, even when larger covers are available under a mediclaim. This could be because of premiums being on the higher side and not necessarily signal a lack of need for a higher cover. For example, a 50 lakh mediclaim for a 30 year old starts from about Rs.11,0007 and the premiums will only increase from there on, with age.

Whereas, in the case of Heart/Cancer Protect, the premiums for a 50 lakh cover for a 30-year-old would be only Rs.3535 (For a 5 year period, since the min, policy term for the policy is 5 years). By availing a higher cover through these targeted plans for specific diseases, one can reduce the mediclaim expenses by taking up a smaller cover and still being adequately protected.

Can I choose which hospital I want to be treated in with mediclaim?

Unfortunately, no. A mediclaim policy offers cashless hospitalization only if you get treatment in a hospital that is part of its specified network8. If you get treated elsewhere, you have to go through the process of reimbursing money after paying out of your pocket.

A targeted health plan like Heart/Cancer Protect can be immensely helpful in such a scenario. Once a doctor’s certificate of diagnosis is provided, the claim is paid out, which can then be used in any hospital of your choice to get treatment. You can choose to be admitted to a non-network hospital, or even travel abroad for treatment if you want to, where significantly better medical facilities may be available.

Will Mediclaim give me a payout as soon as I file for a claim?

Obtaining a payout through a mediclaim will require submitting bills when treatment is availed at a non-network hospital. Only once these are approved by the insurer, will you be reimbursed for the treatment amount. However, a specialised plan like Heart/Cancer Protect has an easier and quicker process. You are paid the sum assured as soon as you are diagnosed with a specified condition, provided that a valid diagnosis report is present.

A mediclaim policy can only go that far for you. However, ICICI Prudential’s Heart/ Cancer Protect offers health cover that gives protection against diseases that are expensive to treat like Cancer at an affordable cost, providing you far robust financial cover and peace of mind. So, don’t be ill-informed like Gaurav and settle for a limited cover. Instead, opt for a plan that will give you financial assistance and peace of mind during a critical medical emergency. 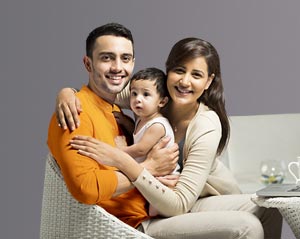 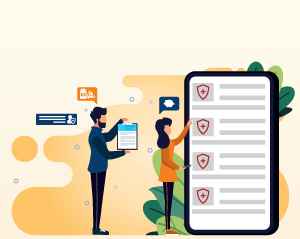 ^ A lump sum is paid out on diagnosis of any of the listed conditions. This payout is based on the level of the condition. Medical records of diagnosis/doctor’s certificate of diagnosis has to be submitted.