We think that buying a term insurance policy will ensure the well-being of our family, specifically wife and children in case of any unforeseen events. Merely buying a life insurance cover alone will not necessarily ensure that your loved ones get the insurance amount in the event of your death. Your term life insurance claim money may not reach your nominee or beneficiary.

In your absence, it can be taken by your relatives or people who you may owe money (creditors). You can ensure that the sum assured is indeed passed on to your wife and children by taking a term insurance plan under the MWP Act.

For a married, male policyholder, availing a term insurance plan under the Married Women's Property Act 1874 (MWP Act) helps in protecting your family's financial interests in your absence. Once a policy is availed under the MWP Act, it may not be attached by courts for repayment of your debts*. Only your wife and children will be entitled to the sum assured in the event of your demise.

How do you buy term insurance under the MWP Act ?

With ICICI Pru iProtect Smart term insurance, you can easily avail the plan online under MWP Act. While you are buying the plan, in the application form, you will see this question: I would like to buy this policy under the Married Women's Property Act (1874)

What is the MWP Act?

How does the MWP Act protect my family?

The term policy under the purview of MWP Act will be considered as a trust. Only trustees will have control on the policy including servicing, and the receipt of the benefit amount. In case of a death claim, the policy proceeds are received by the trust and can only be claimed by trustees. It cannot be claimed by creditors, relatives or form a part of the will (estate of the proposer)*. The trust shall be holding the claim proceeds for the benefit of the wife and/or child(ren). Hence, the financial future of your wife and children is protected.

For instance, if you are a salaried person with a home/ personal loan or the owner of a business and have accumulated debts, your creditors will have the first claim on your policy proceeds in the event of your death. When you buy term insurance under MWP Act, your wife and/or child(ren) will be the only ones who will have access to the claim amount – enabling you to secure their future financially.

This is also an excellent solution for a joint family setup, wherein there could be several complications in the ownership of property. Some fine prints might not being explicitly specified thereby increasing the scope of family disputes over money and property. In such cases, a policy covered under the MWP Act will give a clear title to the beneficiary.

The beneficiaries (wife and/or child(ren)) once mentioned in the policy remain unchanged throughout the term. Once the policy is issued, it will not be considered part of the insured's business assets (estate) and so cannot be targeted by the creditors/lenders of the business. This means that no one can exercise control over the benefit amount in the event of the insured's demise, except the insured's wife and child(ren) with which it seals their future in the right way.

Who should opt for MWP Act?

Let's consider a scenario- Mr. Mathur, a salaried individual, took a home loan few years ago. He bought a term insurance policy online and endorsed it under MWP Act with his spouse and child as the beneficiaries. After Mr. Mathur's sudden demise, the bank approached the court to clear the home loan with the policy proceeds. The case got ruled out against them and the proceeds went to his wife and child as they were protected under the MWP Act*.

Let’s consider another scenario – Mr.Verma is a businessman who borrowed some capital to expand his business. He bought a term insurance policy online under MWP Act 1874 with his spouse as the beneficiary. After his sudden demise, his creditors approached the court and sought their right to get paid out of the proceeds of the term insurance policy. Since the policy was covered under MWP Act, the creditors lost the case and the sum assured benefit was ordered to be paid to his wife*.

In both the above scenarios, the MWP Act 1874 played a crucial role in protecting the future of the families. In today’s world, ‘buying on credit’ and ‘building assets on loan’ have become a common trend. Employed individuals or people in business, alike rely on credit (home loan, personal loan, business loan, consumer loan, etc.) to achieve goals. In this kind of scenario, how do you make sure that only your dependents receive the insurance policy claim proceeds in case of your uneventful death? This is where the MWP Act 1874 helps you in protecting your family's future financially.

Can I assign or take a loan on policies which are under MWP Act?

Can I surrender the policies which are under MWP Act?

Surrender request has to come from policyholder and signed by the trustee / received from the trustee directly. Surrender proceeds will be paid to the trust for the benefit of the beneficiary, as stated in the policy.

Due to lack of awareness, very few policies are being taken under the MWP Act. Life insurance is a tool to protect the dependent family members. If this purpose is to be achieved in its fullness, then having the life insurance plan availed under MWP Act may be considered. So, the next time you are buying a life insurance policy, suggest you to avail it under MWP Act. But, do not misuse the MWP Act to intentionally defraud your creditors.

For any term insurance policy covered under the MWP Act, the beneficiary once opted at the time of taking the policy cannot be changed. So when you appoint your wife as the beneficiary and in case you both divorce, your beneficiary (wife) will remain the same.

What happens if I name my wife as beneficiary and she passes away before me?

If your beneficiary (wife) passes away before you, the legal heir of the policyholder shall be eligible to receive the claim amount. However, it is advisable to mention more than one beneficiary at the time of taking the policy.

Can you have more than one plan under the MWP act?

Yes you can have more than one plan under the MWP Act. But you have to register each one of them separately under MWP Act.

Can parents be added as beneficiaries under the MWP act?

No, parents cannot be added as the beneficiaries under the MWP Act. Only your wife/kid/kids can be chosen as beneficiaries.

Can I assign an existing life insurance policy under the MWP Act?

No, you cannot. Once a policy has been issued, it cannot be assigned under the MWP Act later. You have to opt for the MWP Act at the time of purchase.
ICICI Pru iProtect Smart with MWP Act – Calculate Premium 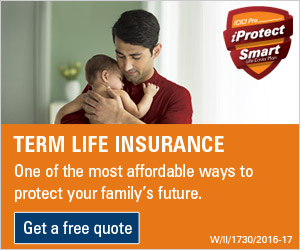 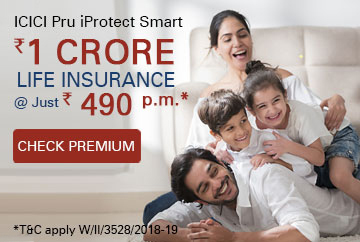 Secure your wife and children with our term plan. 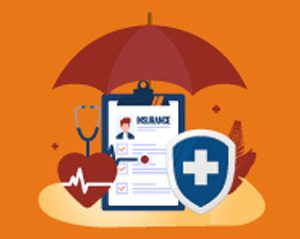 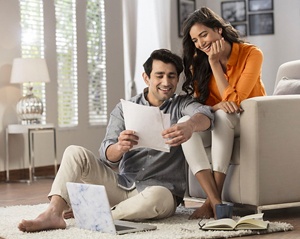 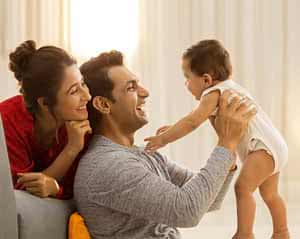 ~One does not have to pay any additional charges to buy the plan under the MWP Act.

* Nothing herein contained shall operate to destroy or impede the right of any creditor to be paid out of the proceeds of any policy of assurance, which may have been effected with intent to defraud creditors. In case of any third party claim in the Courts of India with regards the insurance proceeds, the amount shall be subject to the judiciary directions. Please seek professional legal advice for the applicability of this provision. UIN: 105N151V06.